The overall power consumption in Viet Nam continues to rise rapidly over the years, fuelling the socio-economic development of the country. This growth is in line with the country’s industrialization and integration into the global economy after the 1986 market reforms. Regarding the energy consumption per sector, industry, transportation and residential areas are the three biggest energy consumers. Commercial and public services, as well as agriculture and forestry, only account for a subordinate share.

The annual electricity production increased by more than twentyfold, from 8.6 TWh in 1990 to 240.1 TWh in 2019. The annual increase in this period was between 12 and 15%, which was almost twice the growth rate of GDP. Hydropower, natural gas and coal are the most important primary energy sources for electricity production. Coal accounts for the largest share of electricity production, followed by hydropower and gas. However, since early 2019, the share of renewable energies in the power system has been rising substantially; mainly driven by Solar PV but Wind Power is also on the rise. 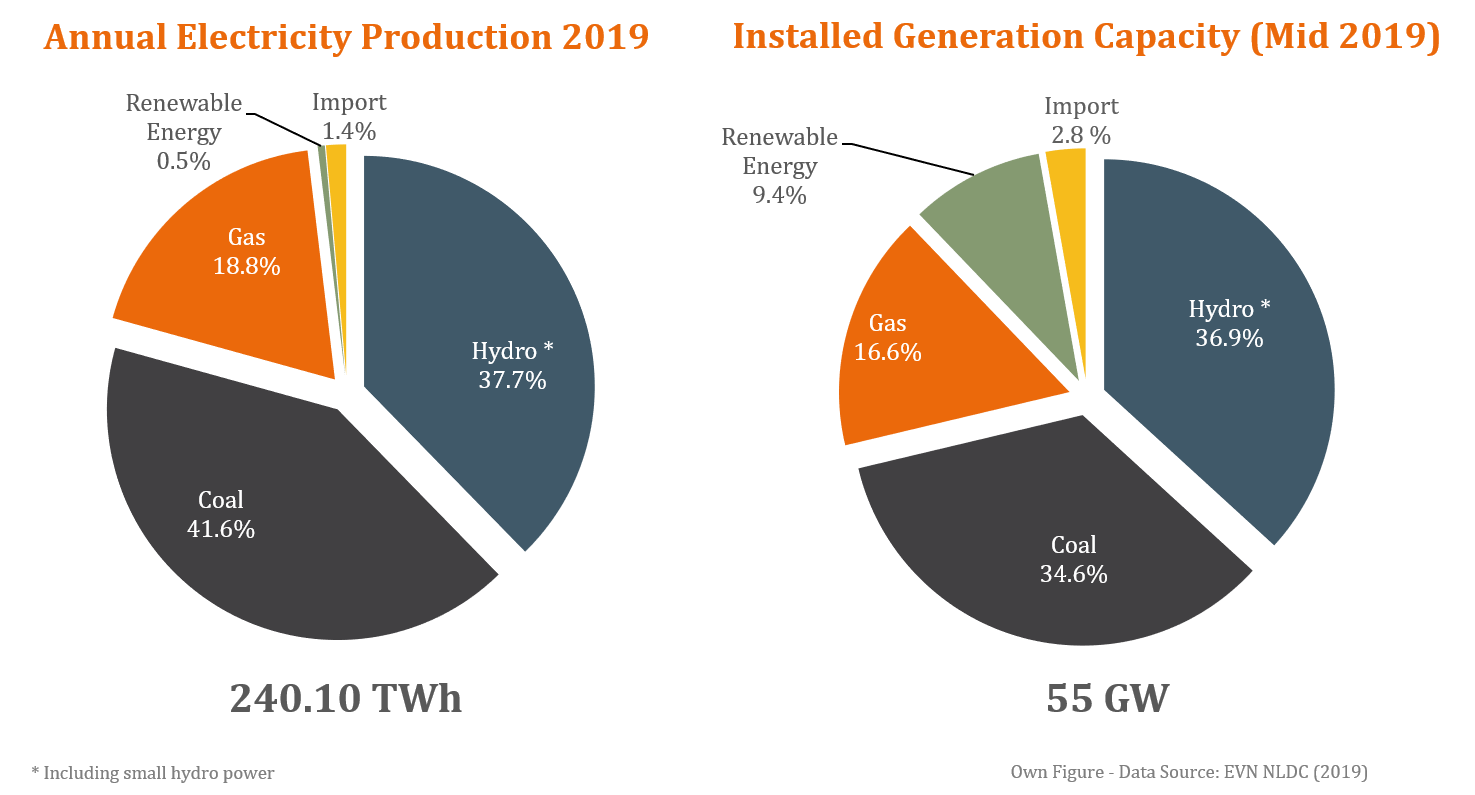 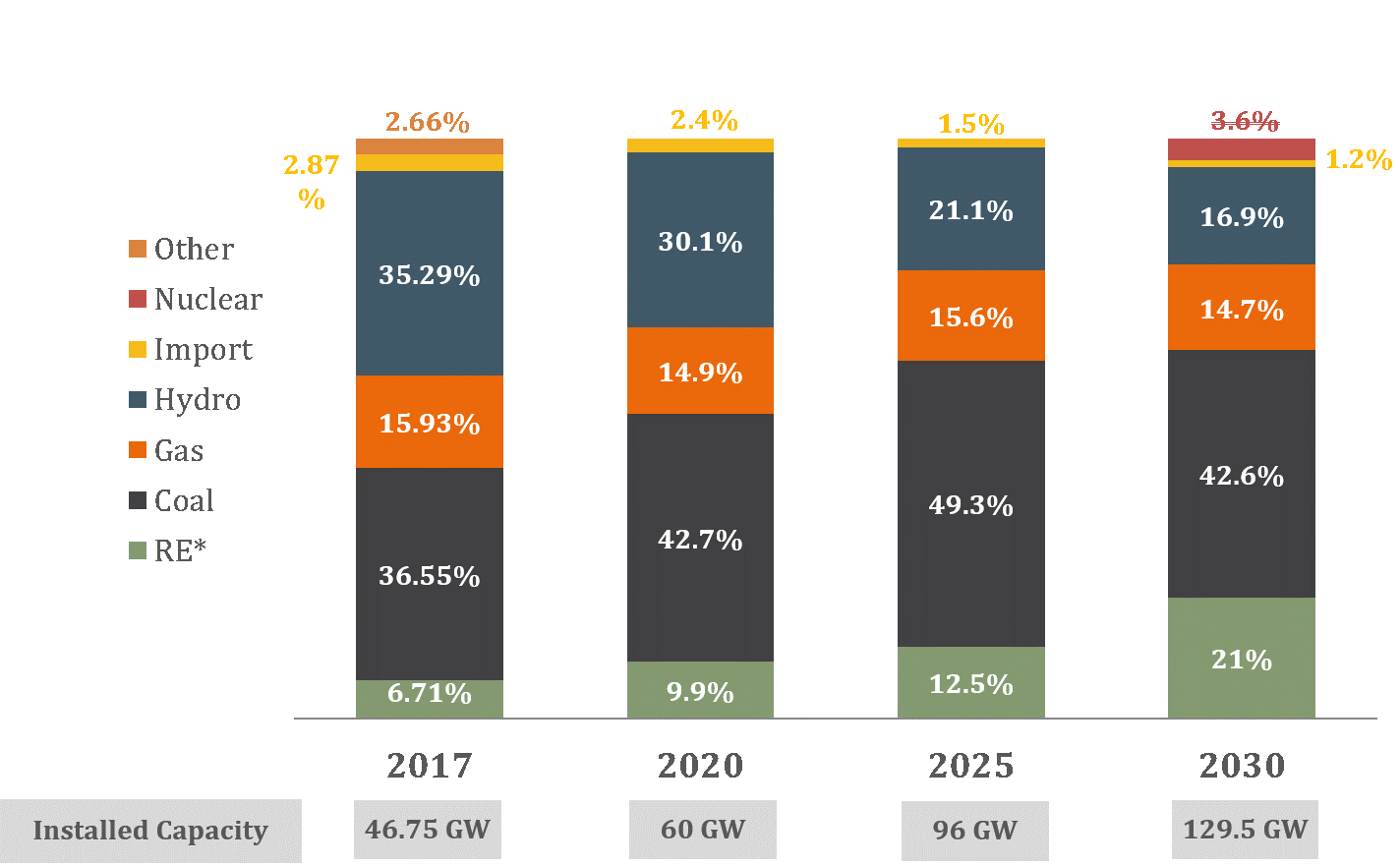 If hydropower is taken into account, the share of renewable energy in the total installed capacity reached over 40% in 2018. 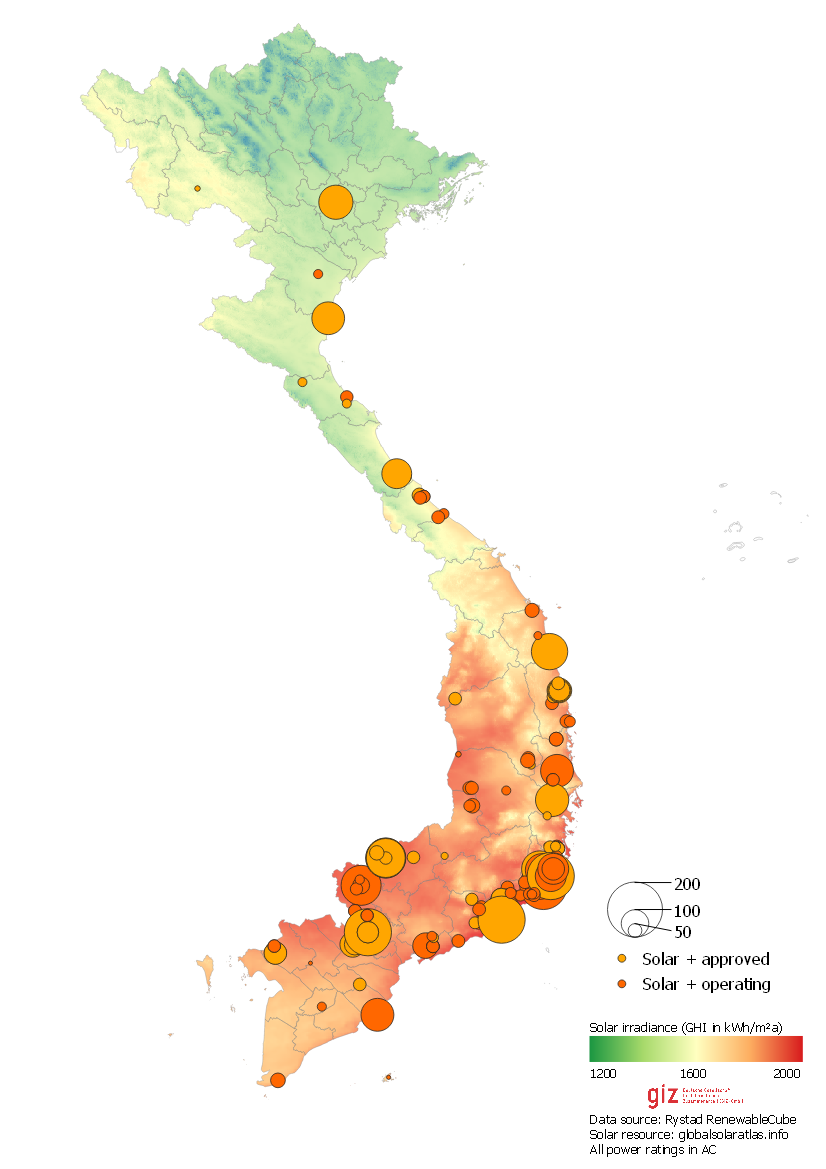 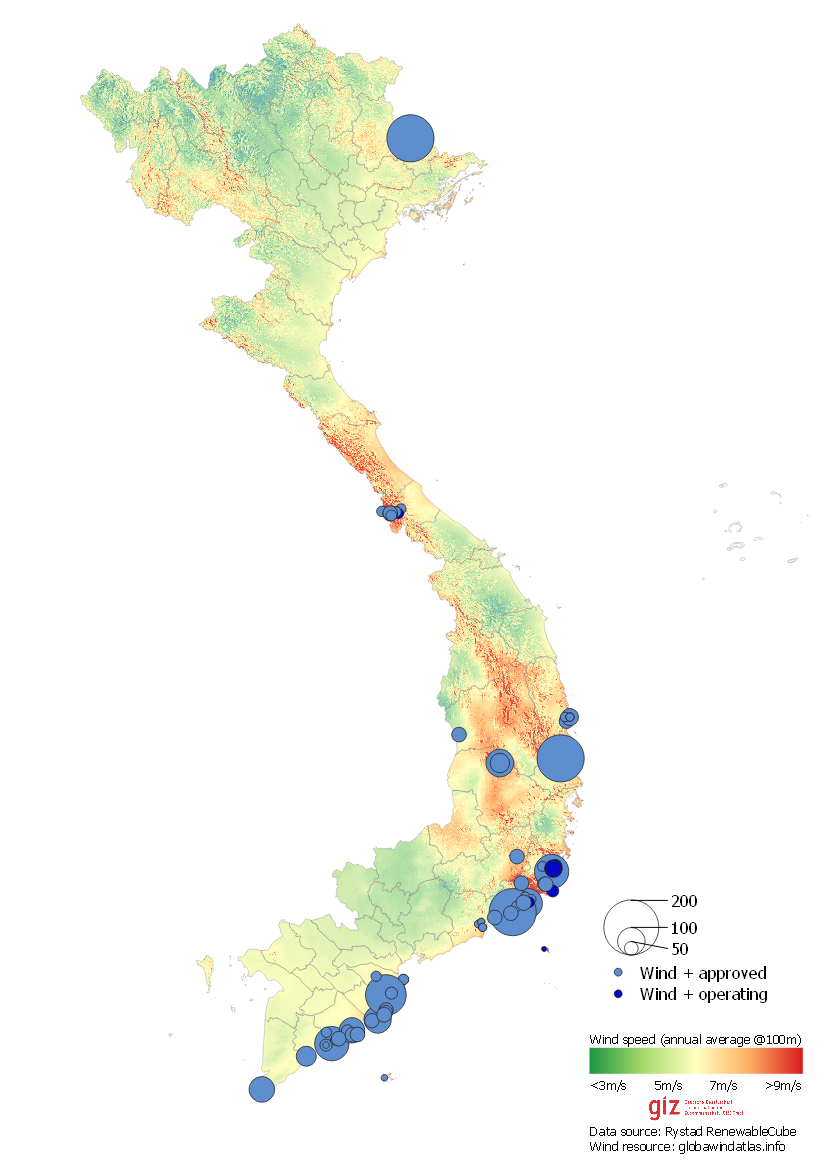 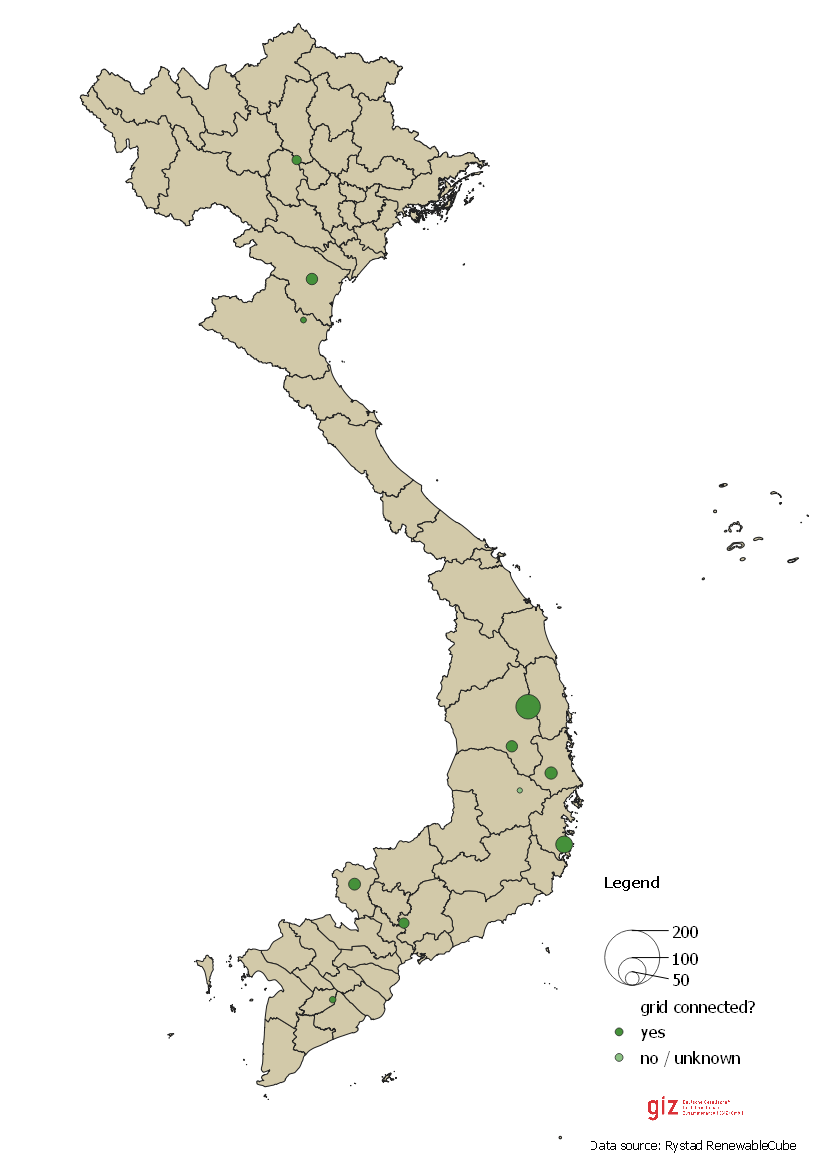 Viet Nam’s energy sector is currently still dominated by big state-owned-enterprises (SOEs), and therefore mainly controlled by the government through the Ministry of Industry and Trade. The integrated state-owned utility Electricity of Viet Nam (EVN) holds a monopolistic position for transmission, distribution and system operation, and still has large shares in the generation market. The remaining shares of the generation capacities are held by other big SOEs, including PetroVietnam (gas fired power plants) and Vinacomin (coal fired power plants). Foreign investors use mostly a “Build-Own-Transfer” (BOT) model, and other domestic investors use an independent power plant (IPP) model. Electricity generated by IPPs is sold to EVN under long term contracts. The number of IPPs has risen sharply in recent years with the dynamic development of solar and wind power.

Viet Nam plans to develop a competition-based electricity market by 2023. In 2013, a Prime Minister decision confirmed the deregulation processes started in 2005. The market reform is set to proceed in three phases:

Viet Nam power system is being operated at high voltage of 500kV, 220kV and 110kV, and medium voltage of 35kV to 6kV. It is integrated by the 500kV transmission network, which is managed and operated by EVN’s National Transmission Power Corporation (NTC). The power transmission line of 500KV and 220kV are also managed by the NTC, while the line of 110kV, 35kV and 6kV are managed by regional power utilities.

To satisfy the country’s future electricity demand, Viet Nam plans to expand its national grid. The objective is to develop additional transmission lines in coordination with the construction of new power plants, in order to achieve i) overall effectiveness of investment, ii) provincial power supply plans and rural electrification programmes, iii) improved reliability of supply and iv) more efficient use of energy sources.

Go to the top