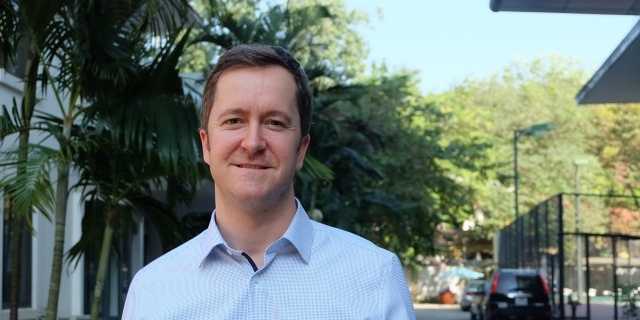 Vietnam is member of the WTO (World Trade Organization) and participates in the Association of Southeast Asian Nations (ASEAN). Vietnam is a lower-mid-income country that focuses to pave the way to an industry country. This transition has effects on the energy consumption.

Energy supply security plays a massive role in this change. On the one hand, energy production must meet increasing demands. On the other hand, the transmission network must be extended at the same speed and in the right places. In particular, the fast-growing industry and construction sector is working with foreign investment, as it is very difficult to operate the investment volume within this sector on its own. Vietnam is also a very good production location globally. In order to further expand this geographical advantage, the country's energy system must provide security of supply to prevent production downtime due to power outages.

Industrial sector including the companies with large-scale energy consuming factories needs energy security for their facilities such as production lines. The energy demand is increasing over the last years. In average approx. 12% on an annual basis. This ongoing trend causes challenges on the side of energy production and the energy transmission line system. The statistics show energy consumption per sector for 2017 industrial and construction sector with 53.2%, agriculture forestry and fishing with 1.4 %, private households with 16% and 23% transport sector, and non-energy consumption (means consumption without CO2 emission) 1%, commercial and other services 4.8%. The electrification rate in Vietnam is approx. 99%.

Wind energy in Vietnam and its share in the power generation mix: Regarding to the current PDP7 (Power Development Plan 7) revised version, Vietnam is planning to operate 800 MW until 2020 and about 6,000 MW wind energy until 2030. It means wind energy is planned to reach a share of 2.1% of energy production in Vietnam until 2030. Coal is planned to reach the largest share in the energy mix with 56% until 2030. Coal has disadvantages of increasing import dependence as well as of funding debt capital and finance.

The wind energy market has some relevant incentives for companies in that sector, such as: reduced corporate tax, reduced import tax, increased depreciation ratio, as well as incentives for land lease and support for land clearance. The government committed further to develop harbor and transport infrastructure.

The current FIT (feed- in- tariff) USD 8.5 Cent/kwh for Onshore and USD 9.8 Cent/kwh for Offshore wind projects, regulated in decision No. 39. The exchange rate is 1 USD=22,683VND. Decision No. 39 shows that the tariff is depending on exchange rate fluctuations on the day of payment. To receive the current FIT, the projects need to realize their COD (Commercial Operation Date) until 1 November 2021.

The FIT and the Tarif mechanism for COD post 1 November 2021 is not yet decided. Different options are possible. Such as extending the current FIT, implementing an auctioning system, a pay as bid system, different FIT which pay tribute to different wind zones, etc.

In fact, that the current status of a huge amount of project is “on hold” and by today, no relevant quantitative large scale operation of Wind energy in Vietnam is existing, it may a little bit early to discuss about the next price mechanisms which should bring out the most efficient price. In order to anchor such efficient price mechanisms, a presentable, quantifiable result based on the first price mechanism (FIT) is required. Otherwise, there is little chance of success to quantify the expansion of wind, based on a smaller payout.

That causes a lot of speculation for developers, investors and lenders. There are some major reasons for that. Firstly, until the end of June 2019, Vietnam installed 4,460 MW ground Solar PV. So far, this result shows positive economies of scale, a successful learning curve in development, structuring finance, installations, and grid connections. Secondly, renewable energy projects require well running, systematic mechanisms to reach their aims in the energy mix - to cover the energy demand. The transmission line network and its weak grid capacity are one major bottleneck and one reason why the aim was failed.

“How temporary this situation is” depends on the speed of transmission line extension. The unregulated and massive solar construction shortly before the expiration of the old Solar FIT in June of this year leads massively to curtailment in peak times. Since this curtailment risk and the related payment defaults are not compensated by EVN (Energy Vietnam) according to the current PPA, but are solely with the project entity, current owners have unplanned payment defaults that were not taken into account at the time applying their debt financing. This possibly leads to the situation that the project entity has problems to pay their debt service (interest rate and repayment) back. Restructuring of the financing or insolvency can be the worst case. This can affect projects in operation. And it explains one aspect why a lot of wind projects currently are included into the Power Development Plan but not built. Another aspect in addition to curtailment risk and PPA risk is time pressure in the project process, as the FIT is only regulated until COD in 1 November 2021.

To comprehensively investigate this situation, GIZ and the Institute of Energy within the EU-Vietnam Energy Facility, are conducting studies on grid conditions in 22 provinces. It is a power flow analysis for long term operation. The results are expected to be presented to the Electricity and Renewable Energy Authority (EREA) at the end of the second quarter of 2020.

A renewable energy project needs: all relevant permissions, grid integration- which requires grid capacity, wind power turbines, and bankability for finance. The banks will prove the project risks. In average an onshore wind project will be financed about 12 to 15 years. International banks which are able to finance these projects will evaluate the risks to fail COD in 1 November 2021. Additionally, they will evaluate the curtailment risk of the project. Curtailment studies such as done by Institute of Energy in Vietnam are mandatory for international lenders. Currently there are 60 wind energy projects with 4,600 MW approved, it’s raising the question what need to be done so that the projects reach COD until 1 November 2021.

In brief, the risk of the PPA (Power Purchase Agreement) is that projects in operation may face curtailment. For absorb capacity risk, the Electricity of Vietnam (EVN) will not compensate the losses. The transmission line risk is transferred to the project entity itself. The PPA takes EVN out of the role of a risk-taker. Another risk item is that EVN has the one-sided rights to cancel the PPA in case that the project does not deliver energy caused by force majeure. As well, there is a mechanism linking the USD to the VND. And fluctuations in this rate are risky.  However, the exchange rate will be used on the day of payment. The payment itself will be in VND.

To answer the question if the PPA is risky or not, it may good to ask “risky to whom?” and “risky compare to what?”. For western understanding of risk, the Vietnamese PPA show more serious red flags compared to the PPA in other countries. For the eastern understanding of risk the Vietnamese PPA have some gaps. But even though the PPA in other Asian countries have similar gaps. Even those gaps exist, some wind farms are still constructed.

Another issue is the availability of skilled workers to ensure smart and slim processes through the complete value chain of a wind power project in Vietnam, as well as the importance to ensure high availability of the wind power turbines. This topic was taken up by an initiative of GIZ’s TVET (technical educational vocational training) Program to develop a partnership with the private sector to establish an initial and further Training Centre in Ninh Thuan.

Due to a lack of domestic financial resources, Vietnam has the incentive to allow investments up to 100% by foreign ownership, financed by foreign investments, joint ventures as well as public private partnership. Different forms of tax incentives are available as well.

In Vietnam, wind developers are facing currently an interaction of trouble in their projects which are already included in the Power Development Plan. 4,600 MW are approved but not under construction. The COD which secures the current FIT comes closer and closer, 1 November 2021. Within two years, the developer needs to find an investor, needs to show bank ability, and needs to purchase the WTG’s (Wind turbine generator). Not enough time!

In fact that currently just less than ten wind projects are under operation, and economies of scale and large scale learning curves have not been reached yet, the recommendation to the policy is building up more security, which are : extending the current FIT for additional 3 years, minimizing the curtailment risk by speeding up the extension of the transmission line system in relevant provinces on a 110 kV and 220 kV level, fixing the gaps in PPA to attract western finance by providing international bankable PPA standards.

As usually, Vietnam's Institute of Energy (IE) will be responsible for the design of the Power Development Plan 8. The work has started recently. Questions regarding offshore wind are raised.

At a meeting of the Viet Nam Energy Partnership Group (VEPG), the World Bank announced a report on theoretical technical wind offshore potential from 8 countries. One of them is Vietnam. The World Bank classifies the technical potential for fixed foundations at 261 GW and 214 GW for floating technology. Due to the Study The Zoning of Offshore Wind Energy Resources in the Vietnam Sea (from Vietnam Institute of Seas and Islands, MONRE, Center for Computational Sciences, University of Tsukuba, Georgia Institute of Technology, Atlanta, GA, USA, MaREI Centre for Marine and Renewable Energy, ER) the most promising region is the coastal area of Binh Thuan - Ca Mau province with a density of nearly 1,000 W/m2. Wind farms have been deployed in this region with a total capacity of 1 GW and is expected to be 9 GW in 2030.

Other investigations need to be done to evaluate the overload of the transmission network, as well as the risks of typhoons. Questions about the Law of the Sea with China are also an issue. The complexity of offshore wind means: to manage additional risks, such as: harsh weather conditions, technology risk, political decisions, supply chain risk, vessel availability and capacity, and power prices, therefore mechanism and strategies on international standard need to be applied.

The current tariff of 9.8 USD cents/kWh should be fine for some near shore projects , but it would be needed to run some scenarios for projects further away from shore, at deeper water depth and longer grid connection. In terms of FIT, realistically a fast project needs between 7 and 9 years in countries with an environment of international standards – recommendation development of a fixed FIT plan until COD 2030. International finance is fully available, if government adopts an official offshore wind policy and accepts FDI (Foreign Direct Investment) rules, provisions and international standards around such investments.

The expansion of wind energy can help to reduce dependence on coal and its import and to meet rising energy demand. It is recommended to further increase the share of renewable energies in the energy mix. Grid extension must be controlled to the same level as the extension of new energy production units. The need for a controlled and timely provision of transmission lines is crucial to the projects currently approved and investor confidence in future projects. With the goal of actually building most of the approved projects, the PPA needs to be improved.

Furthermore, it is recommended to extend the FIT and set much longer time horizons for offshore FIT. For offshore projects, feasibility studies are needed to assess the potential of the sites as well as a uniform set of rules of the planning and investment process. It should be politically understood that wind energy, especially offshore wind energy are systematic and complex solutions. It can be a long-term stable path if planning and investment law pays tribute to its complexity and if the policy maker create a stable international planning and finance framework.