On 16 March in Ho Chi Minh City, nearly 60 staff of local electricity companies and public institutions gathered to discuss about solar PV rooftop grid connection in an information workshop “Manual for Solar PV Rooftop Interconnection”.  The workshop was part of the Renewable Energy and Energy Efficiency Project (4E), which is implemented by the Electricity and Renewable Energy Agency (EREA) of the Ministry of Industry and Trade and the Deutsche Gesellschaft für Internationale Zusammenarbeit (GIZ) GmbH on behalf of the German Federal Ministry for Economic Cooperation and Development (BMZ).

At the workshop, the participants were introduced to Solar PV and its impact on distribution grid operation, with reference to German and international experiences. The international consultant from Energynautics GmbH presented the German Solar PV rooftop installation process and reviewed the current Grid connection approach in Viet Nam. 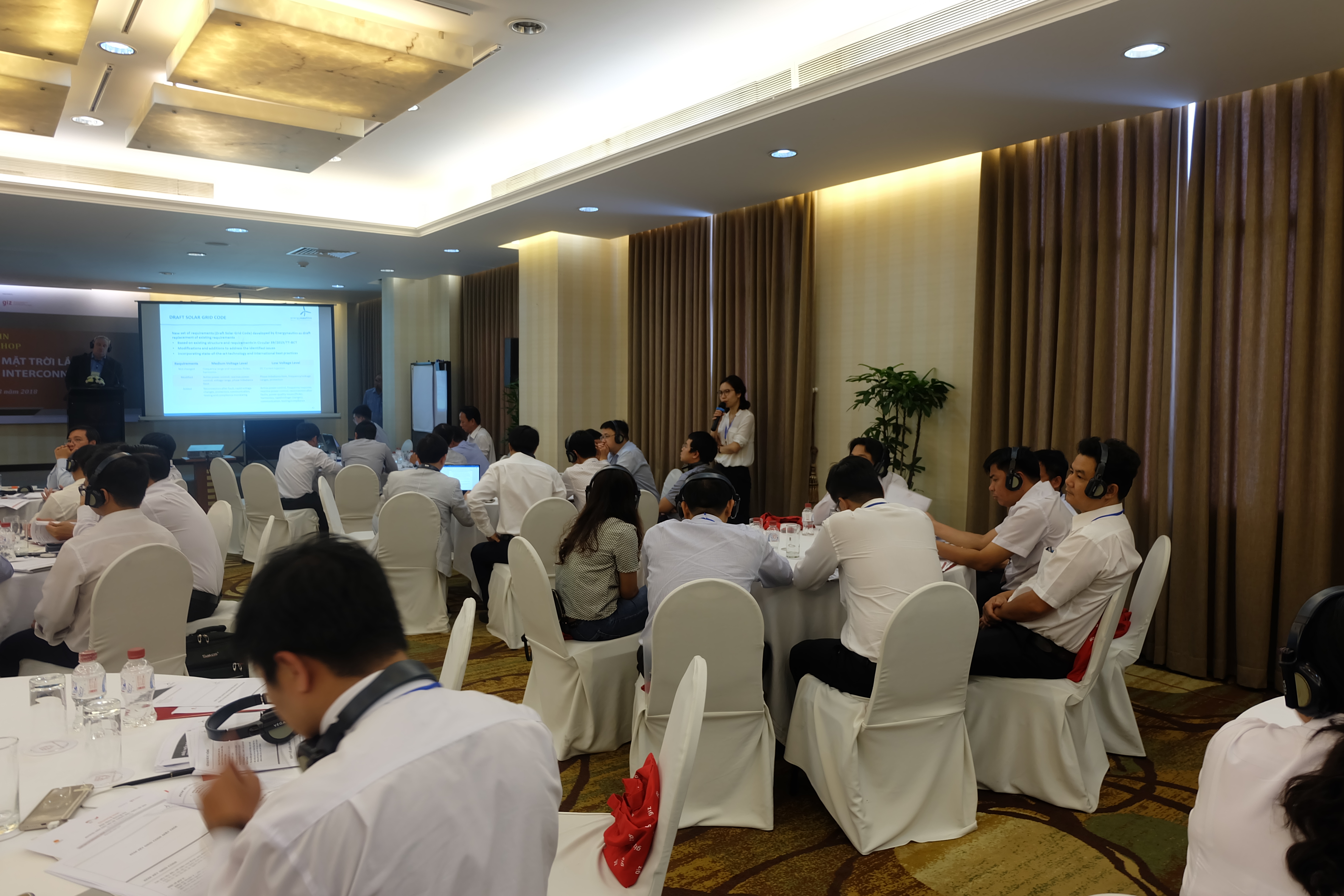 “Solar and especially solar PV rooftop is high on the agenda now in Viet Nam as the country has thousands of factory roofs which are potential for PV rooftop manufacturing. We expect a large pipeline of projects and new developments in solar sector. The operators of the distribution grids need to get prepared for that. Therefore, a manual for PV rooftop interconnection is important in order to support them undertaking a new field of work. Before solar, many distribution grid operators had no electricity generation on their grid”, said Ms. Sonia Lioret, Head of GIZ’s 4E project at the workshop. 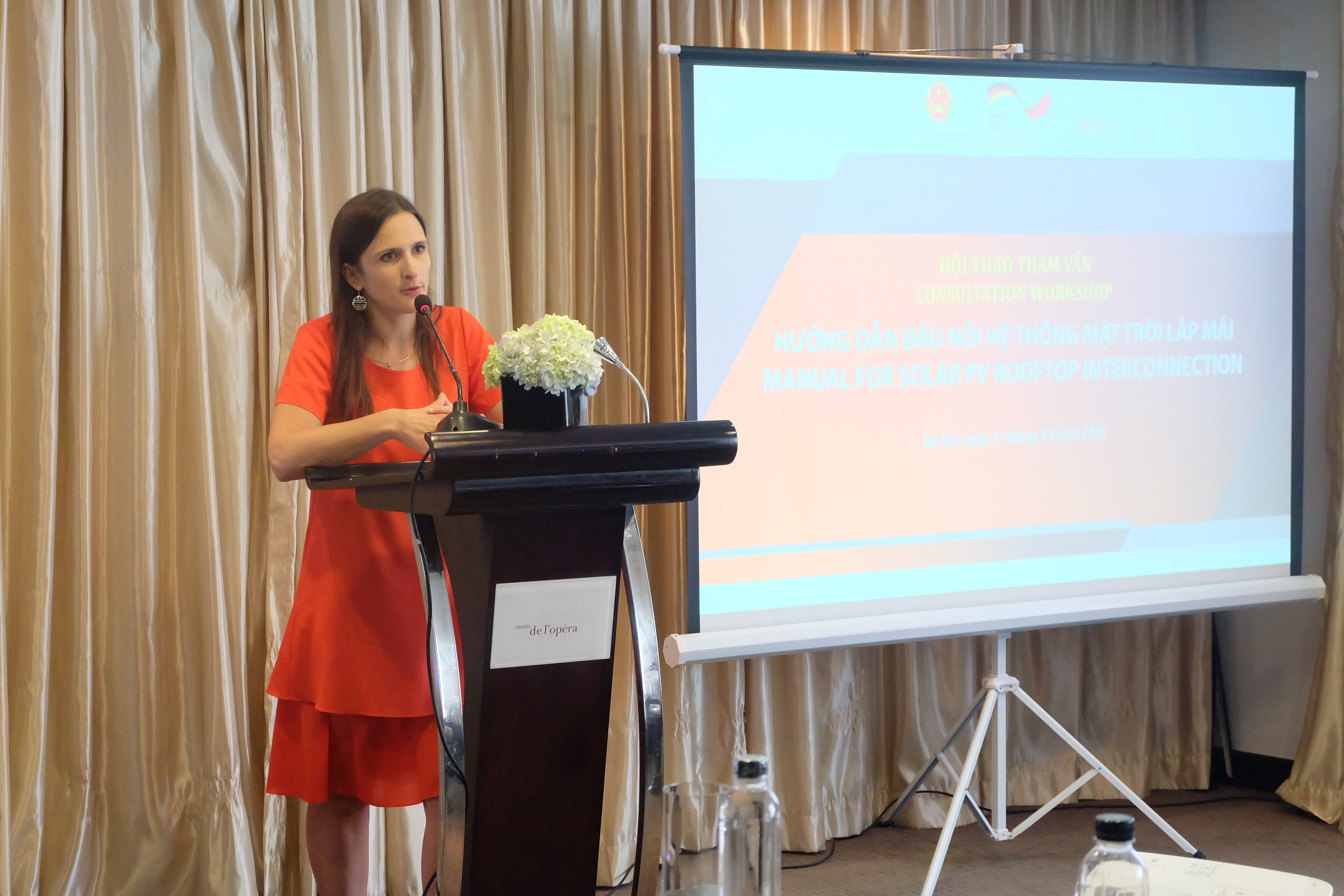 Since April 2017, with the publication of the Prime Minister’s Decision 11/2017, solar power projects are allowed to sell their electricity at a fixed price of 2.086 VND/kWh (excluded VAT, equivalent to

9.35 US cents/kWh to the grid and a net-metering scheme has been set up for solar PV roof top systems. The Ministry of Industry and Trade published on 12 September 2017 the Circular 16/2017/TT-BCT which provides guidance on how to implement the above Decision.

In 2017, the global solar market grew by 26 percent, with 99 Gigawatts (GW) of grid-connected PR installed. In Germany, there were nearly 43 GW installed capacity of solar PV, in which 90% are PV rooftop projects.