Swire Cold Storage is now completing the construction of its second cold storage facility in Vietnam, located at the Vietnam-Singapore Industrial Park in Bac Ninh province, which will officially be in operation in quarter four 2017.

In only 8 days construction time of July 2017 and far ahead of schedule, a German company installed a 308 kWp solar PV system on the roof of this facility and will start its testing operation in August 2017. Being the world’s third largest cold storage service provider, the system displays Swire’s commitment in sustainable operation worldwide and their pioneering of renewable energy utilization in the commercial and industrial sectors in Vietnam.

Photo: PV System was completed on the roof of Swire Cold Storage in Bac Ninh province

The development of Swire solar PV project was initiated from a market analysis focusing on embedded PV generation for industrial and commercial sectors, which was conducted in 2016 by the Project Development Programme (PDP), implemented by GIZ under the German Energy Solutions Initiative of the German Ministry for Economic Affairs and Energy (BMWi). The analysis included various support measures: initiating project ideas in line with the companies’ demand to reduce energy costs and their commitment in sustainable operation and environmental protection; supporting pre-feasibility studies and sharing contacts of reputable and competitive German solar companies. Subsequently, the tender of this project was publicly disseminated among local and international contractors and finally awarded to a German company with reputable track records in South-East Asia and Vietnam

On 14th July 2017, PDP met with Mr. Ngo Quang Trung, the General Director, and Mr. David Davies, the Commercial Manager of Swire Cold Storage Vietnam in Bac Ninh province to have a closer look at the system design and exchange on installation experience. PDP and Swire also agreed on further support to the project by establishing a monitoring system to evaluate the PV system performance during the first year of operation. 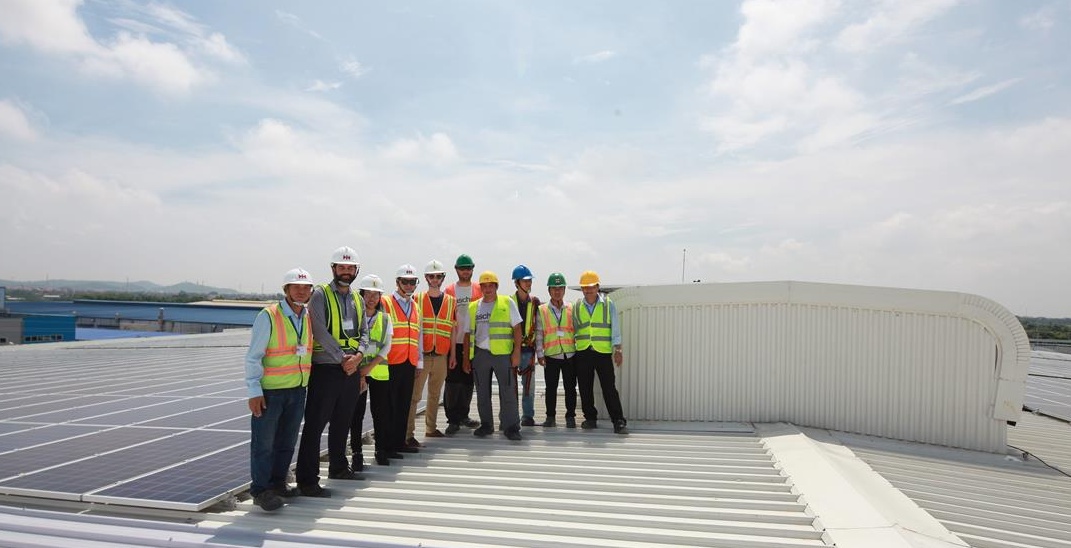