On 21 December, Syntegra Solar, a Swiss-German company specializing in consulting and project development in renewable energies with a strong focus on mid-sized commercial and industrial (C&I) PV roof-top power systems in Asia, signed a Memorandum of Understanding (MOU) with Cat Tuong Corporation, a leading Vietnamese company which produces and distributes insulation material products in Vietnam and exports to 12 countries around the world, mostly located in Europe and America.

The MoU kick starts collaboration of Syntegra Solar and Cat Tuong Corp for a leading, growing and profitable joint venture business in the C&I PV roof-top power systems. Within the MOU framework, the two companies will work on a joint application seeking for financial support from Germany's Federal Ministry for Economic Cooperation and Development (BMZ) to develop a Rooftop PV Pilot project which has a maximum installed capacity of 850kWp on Cat Tuong Corp’s factory roof in Long An province.

Under this potential pilot project, Syntegra Solar will execute the engineering, procurement, construction supervision and commissioning while Cat Tuong will carry out the mechanical construction of that rooftop PV pilot plant.

More importantly, with Syntegra providing know-how transfer and technical trainings to Cat Tuong Corporation’s potential customers, the project will develop a network of highly qualified engineers and project developers who are expected to be part of the workforce and contribute to the development of the solar PV sector in the future.

The collaboration has been supported by the Deutsche Gesellschaft für Internationale Zusammenarbeit (GIZ) GmbH, who has played the connecting role for the two companies from the early stages of their partnership and supported the application for BMZ funding.

Attending the signing ceremony, Ms Tuong Khanh Nguyen, Senior Project Officer for Renewable Energy in the MOIT/GIZ Energy Support Programme said: “The MOU signing is an important event, as it signifies the Vietnamese and German private sector’s collaboration in the solar PV development and the combination of local knowledge and international experiences. We believe that the collaboration will help scale up high quality rooftop solar PV projects and create more jobs in the renewable energy sector in Viet Nam”. 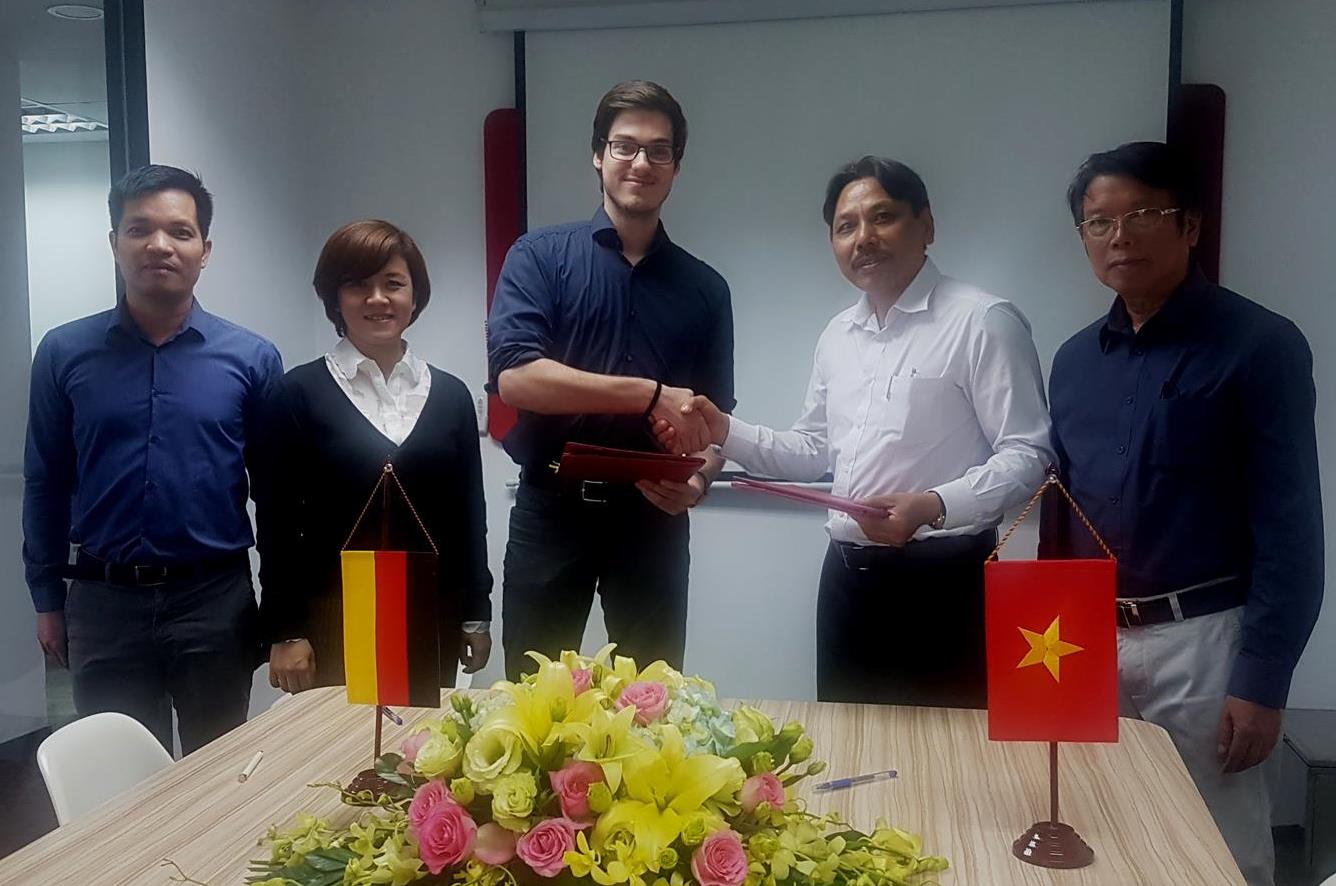 With high irradiation rates (1,440 -1,980 kWh/m2/year) and a fast electricity demand, Vietnam has promising conditions for developing solar PV projects. It is estimated that the country’s total technical potential of solar energy is up to 300 GW (*). Solar energy has been high on the agenda in Viet Nam since the publication of the Prime Minister’s Decision 11/2017/QĐ-TTg in April 2017, which sets out the price for grid-connected ground mounted solar electricity at 9.35 US cents/kWh and a net-metering scheme for rooftop solar PV systems as well as the Ministerial Circular 16/2017/TT-BCT on project development and standardized power purchase agreement for solar PV projects.

The Vietnamese government also has set ambitious targets to install 12 GW of solar by 2030.